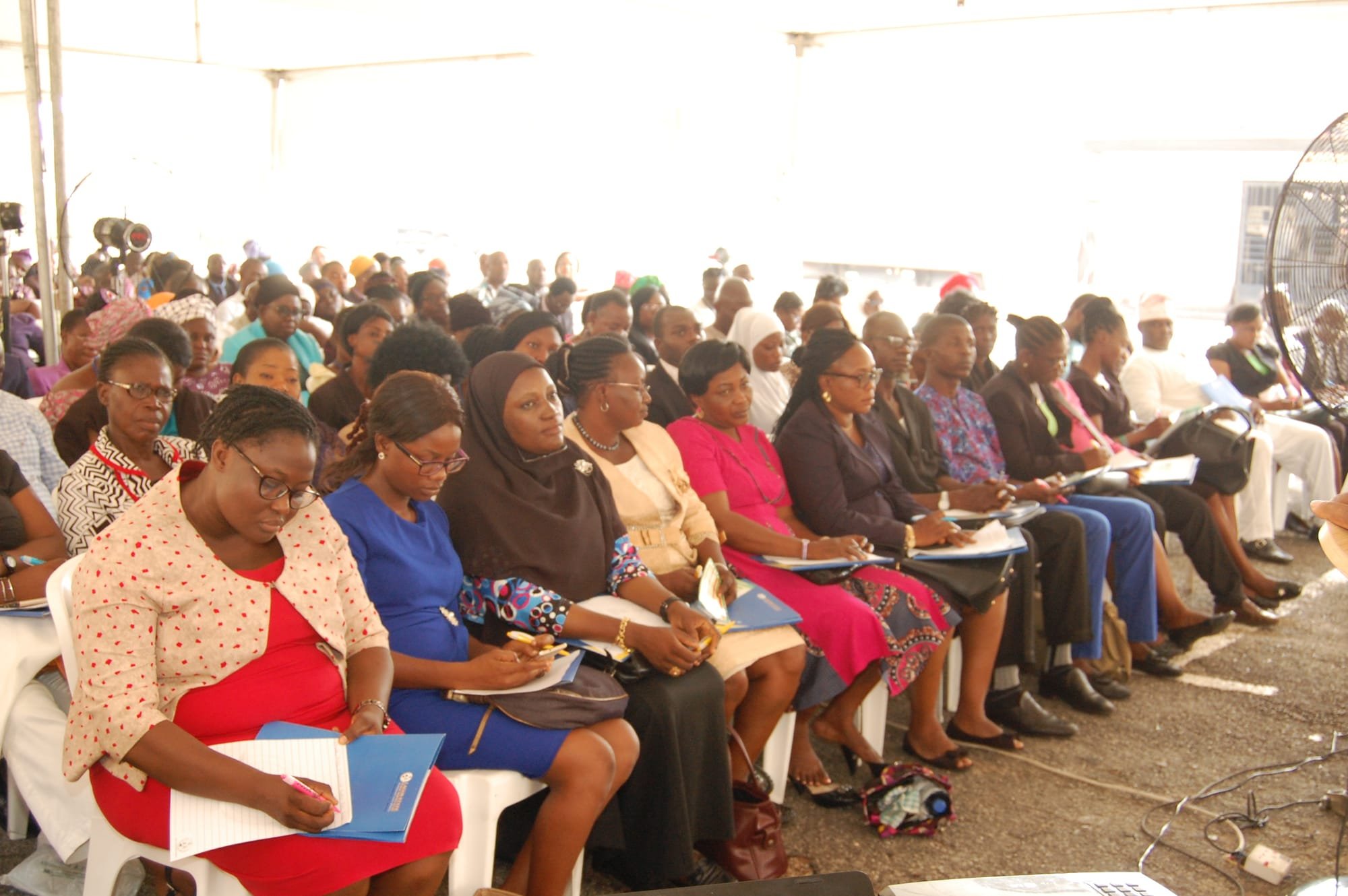 Lagos State Public Service Staff Development Centre (PSSDC) Magodo, on Thursday, celebrated the annual Participants' Day with a focus on how to build a virile and resilient public service through a healthy workforce.

The Participants' Day affords the Centre the opportunity of sensitizing participants who are public servants on issues of public concern that are capable of improving service delivery within the State public service.
Speaking at the event held at (PSSDC) Magodo, the Lagos State Commissioner for Establishment, Training, and Pensions, Dr. Akintola Benson-Oke emphasized the need for public servants to complement their quest for intellectual development with the cultivation of healthy habits.

Dr. Benson-Oke said that the attainment of the smart city status of the state could only be made achievable through a virile and robust public service involvement in the articulation of government policies.
Represented at the event by the Permanent Secretary, Civil Service Pensions Office, Mr. AdeolaHundeyin, the Commissioner maintained that public servants were also very crucial to the entrenchment of country’s democratic system.

“Apart from being the purveyors of public policies, the public service has as its strength, men and women of technical and professional know-how who are enablers of government policies. The Public Service also ensures that the orderly administration of the country is continuous and operates under rules which guide its conducts”, the Commissioner stated.

He informed that the theme of the event "Towards Building a Sustainable Healthier Public Service" was in line with the present administration’s aspirations to nurture and imbue seasoned, result-oriented and healthy public service.
He commended the role of PSSDC in advancing the career of public servants since its establishment, adding that the Centre in the last 23 years of existence has organized over 500 various courses for public servants on Grade Levels 01 to 12 and also for some officers on grade level 13 and above, through management consultancies.

In her remarks, the Permanent Secretary Office of Establishment and Training, Mrs. Clara Ibirogba while extolling the significance of good health, stated that productivity in the public sector depends largely on the health status of the workforce.
She added that engaging public servants through training and re-training would go a long way in achieving efficiency and productivity needed to position the State’s public service on an enviable pedestal.
Ibirogba implored participants at the event to seize the opportunity of the training to improve their disposition and habit to their overall wellbeing.

The Acting Director-General, Lagos State Public Service Staff Development Centre (PSSDC) Magodo, Mr. Olufunmi Ajose-Harrison in his speech disclosed that the programme which was discontinued for some years have now been resuscitated and would henceforth be sustained. He added that the Centre identified the Participants' Day as a veritable way to reach the stakeholders in the Public Service apart from its learning and development programmes. Ajose-Harrison said that the theme of the event "Towards Building a Sustainable Healthier Public Service "was chosen based on the belief that a healthy public service has relevance to service delivery.

In his lecture, titled: "The Role of Good Health and Healthy Living in Workplace Productivity", the Chief Medical Director (LASUTH) Prof. Adewale Oke, represented by Dr. Aborisade Lydia, Chief Medical Officer, Directorate of Clinical Services & Training, described health as a state of physical, mental and social well-being, and not just the absence of disease or infirmity.

He disclosed that public servants are often times confronted with health issues such as stress, depression, pains, eye problem and migraine/ headaches because of insensitivity to their health, stressing that the situation could be prevented through healthy nutrition, healthy lifestyle, regular exercises, regular medical checkup and adequate sleep and relaxation.

Prof. Oke advised public servants to always have a regular check of their Blood pressure, Blood Sugar, Hepatitis screening, regular breast examination, HIV screening, Prostrate Specific Antigen (PSA) for men and vaginal examination and swap for female.
He added that a healthy workforce is needed to drive processes and policy of the state to achieve sustainable development and building a resilient state.

The Chief Nutritionist Officer in the Lagos State Ministry of Health, Mrs. Taiwo Fadairo in her lecture on "The Place of Nutrition in the Promotion/ Eradication of Opportunistic Disease and Ailment." said nutrition has the important role in promoting health and preventing diseases. Nutrition according to her is needed to promote, maintain, sustain and restore good health after illness.
She identified some nutritionally related diseases to include, constipation, under-nutrition, diabetes, hypertension, renal failure and high cholesterol which she said can also be prevented or managed through the increase in fiber intake, reduced calorie intake, avoiding alcohol, caffeine and fatty foods, among others.