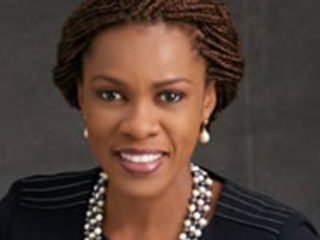 Speaking during a webinar titled "21st Century Public Service Communication: Memo and Submission Writing" organised by Public Service Staff Development Centre (PSSDC), Ponnle, who was represented by the Director of Industrial Relations, Mr. Adeniyi Okoya, stated that Government will continue to foster organisational learning and improve communication ability of public servants, noting that effective communication is an essential component of the Public Service.

According to her, “when government policies and programmes are transmitted through a well-orchestrated communication channel, the quality of services rendered will improve” urging public servants to see the virtual class as an opportunity to hone their writing and communication skills.

Ponnle noted that more robust training will be organized in near future saying the present administration has initiated a Learning Management System, an online portal, where public servants can log in to access various courses that will aid in their self-development.

In his speech, Head of Service, Mr. Hakeem Olayinka Muri-Okunola, lauded PSSDC for its continuous efforts in ensuring effective and efficient service delivery amongst public servants through its various capacity building programmes including the current webinar, saying that memos and submissions are the primary communication tools available to public servants for internal communication.

Muri-Okunola, who was represented by the Permanent Secretary of the Public Service Office, Mr. Samson Ajibade, stated that there is a critical need for a paradigm shift in the way and manner of transmitting information adding that 21st Century public servants need to enhance their digital communication skills and competence.

While delivering his lecture on "Current Trends in Public Service Communication", the Permanent Secretary, Ministry of Tourism, Arts and Culture, Mr. Babatunde Olaide Mesewaku averred that the Public Service is the implementing arm of any government and the purveyor of public policy.

Mesewaku acknowledged that the Public Service is populated with diverse professionals who project the policies and programmes of government stressing that the State Government has invested a lot of money on capacity building and human capital development of public servants who are adjudged the engine room of the government.

He stressed the importance of 'written communication', particularly 'memo and submission writing' as a critical aspect of service delivery on government business. He added that Information Technology has redefined communication by providing faster ways of disseminating information affirming that digital communication has become more pronounced in this COVID-19 era.

The Permanent Secretary of Wealth Creation and Employment, Mrs Boladele Dapo-Thomas, said "Public Service is black and white, there is no hear say. There has to be written communication and it is important for public servants to sharpen their writing skills".

Dapo-Thomas admonished PSSDC to regularly organise trainings which will improve writing and communication skills of public servants, noting that written communication is an integral part of Civil Service which makes it easy for public servants to disseminate information.

In his closing remarks, the Director General of PSSDC Dr Senukon Olufunmi Ajose-Harrison thanked the Head Service, the Commissioner for Establishments Training and Pensions and other Keynote speakers for their contribution towards the success of the webinar.