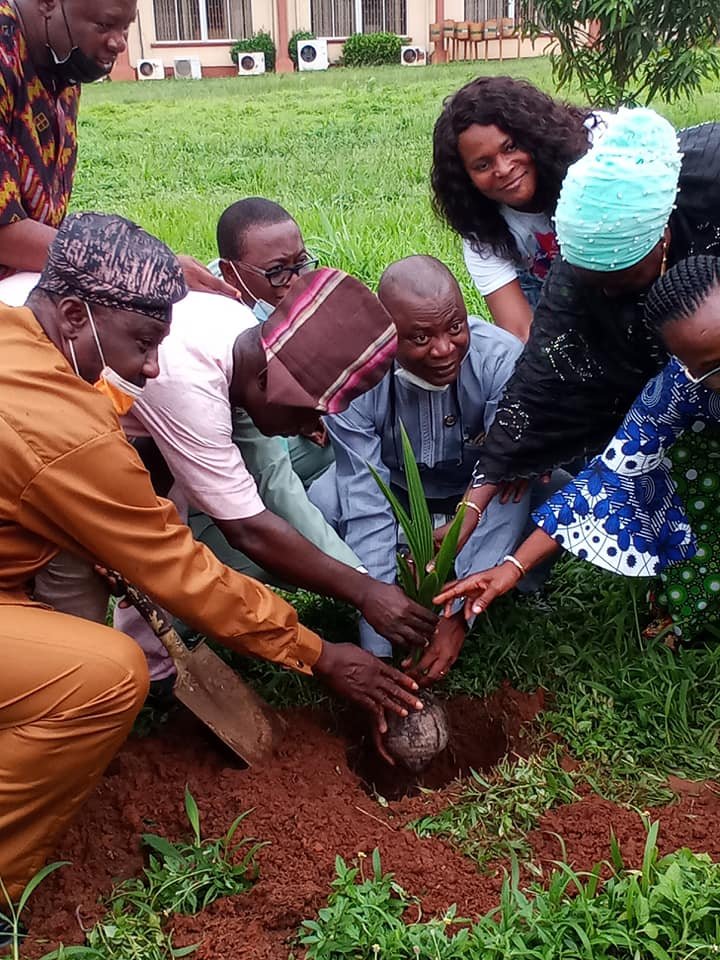 The Director-General, Dr. Senukon Olufunmi Ajose-Harrison, has reiterated the commitment of the Centre to inter-agency collaboration in the State Public Service.

Speaking at the planting of coconut trees presented by the management of the Lagos State Coconut Development Agency (LASCODA), Ajose-Harrison stated that the more agencies of government speak with one another and benefit from their strengths, the greater the synergy that would be created will be unprecedented.

He appreciated LASCODA's gesture for the beautification of the Centre's environment and added that PSSDC will always be willing to work with other agencies to realise their mandates.